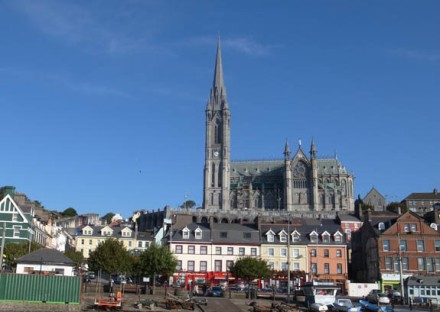 Seeing that there was such a good response to my post on the World War I lecture in Carrigtwohill that took place last Friday night, I thought I’d follow up by posting a link to a publication by the US Naval War College in Newport, RI.  The book is called The Queenstown Patrol and is taken from the diary of Commander Joseph K Taussig USN who was based in Queenstown (now Cobh) in 1917 – he led the first patrol of US destroyers to Queenstown after the Americans entered the war.  The diary entries include a reference to what may have been the first ever recorded game of baseball played in Cork by the crews of two destroyers before some 3,000 people.  The train service from Queenstown to Cork still runs hourly – and although short, as he says, it’s a pleasant and interesting journey.  Unfortunately, Taussig left Queenstown before the Air Base in Aghada was built, but his observations are interesting – especially concerning the seeming indifference of the local population to the war!  Remember, Ireland, as part of the UK had been at war since August 1914, while the US had only just entered the war, so the indifference might have been war-weariness.

I did notice a few typos in the text:  Talley Head should read Galley Head, and Gaunt Rock Lightship is also mentioned – in fact it is Daunt Rock Lightship, scene of a famous lifeboat rescue many years later.  I’m sure there are one or two more.  Also, one of the illustrations at the back of the book shows a US destroyer in the harbour before the famous cathedral of Queenstown/Cobh.  The cathedral is captioned with the name ‘Stella Maris.’   OOPS!  The Catholic cathedral in Cobh was built as St Colman’s Cathedral – it never changed its name!  ‘Stella Maris’ may be a mistaken reference to Ballycotton church – Our Lady Star of the Sea – which was then only a few years old and also stands on a height in the village.  Although how the publishers could mix up the cathedral and church is beyond me – the US Navy wasn’t based in Ballycotton!

Further reading on this subject from Amazon.com:

Naval History of World War I 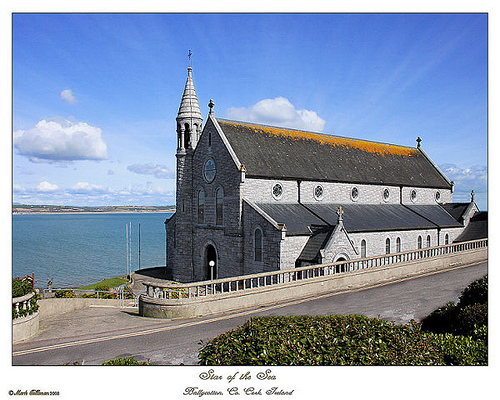 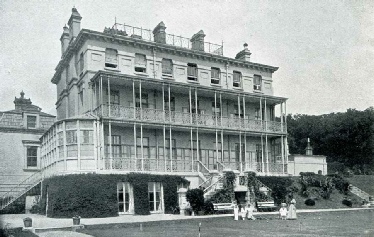 Admiralty House, Queenstown (as it then was). This is where Vice- Admiral Bayly RN was based. The building is now a Benedictine convent.

Cobh Promenade and the former Royal Cork Yacht Club – the favourite bar of US naval officers in Queenstown.  It’s now an art gallery.